Click below to secure your spot for this copywriting workshop

Listen in as Colin Chung reveals, for the first time, the 5 covert story patterns that he uses to structure his copy and generate 25 million in sales for his clients.

Click the button below to secure your spot now.[/text_block]

DURING THIS FREE WEBINAR YOU WILL LEARN: 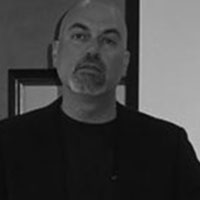 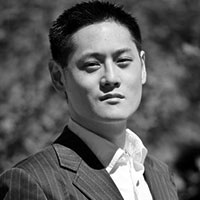 HEADS UP: We only have 100 spots on our webinar system available and space will fill up fast so register now to avoid missing out.  This webinar is packed with high quality content and will fill up fast.

This one will be no exception. So claim your spot now!

When not writing and consulting, Colin is a father of three, devours storytelling across all media (fiction, TV, film, graphic novels and tabletop RPGs)… and has zero athletic ability whatsoever. No, seriously… he needs to go outside more. 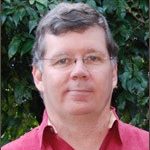 “Your Simple Writing System has instantly turbo-charged my sales letters. $11,000 of new business in 48 hours using just a few of your wickedly effective sales strategies.

John, your Simple Writing System is my step-by-step blueprint for writing killer, kick-ass sales letters. At last, a simple step-by-step system that pulls together all the elements of writing sizzling, money-in-the-bank sales letters.

The videos explain exactly what to do… the workbook is chock-a-block-full of real world examples and my personal tutor made sure I nailed every exercise. Your red-hot team of million dollar writing tutors delivered the personal attention needed to catapult my writing skills to a whole new level.

I now know what to say and exactly how to write it. Powerful, laser targeted sales copy at my fingertips using your step-by step process. Absolutely awesome — thanks John.” 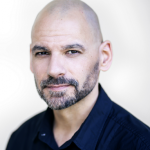 I was a former dead-broke comedian with a few sales letters under my belt when I discovered Carlton’s teaching. John’s coaching and the SWS are responsible for millions of dollars in revenue to my business. Even more crucial is the CONFIDENCE I gained as a salesman in print. SWS is like injecting persuasion into your brain and feeling it shoot from your fingertips.

“In the last 3 months conversions on my website have gone through the roof. Last week we had 17 sales ($300 info product) with less than 300 unique visitors to the site, which is by far the best
month we ever had in just 1 week. My data base guy is foaming at the mouth to find out why my analytics data is sending such a huge spike in conversions and my bounce rate plummeting to the bottom of the Grand Canyon. I implemented changes to my site as I was progressing within the Simple Writing System Training Program and realized after week 3 that I had all my money back. I truly can’t wait to see what happens to my bank account and my list at the end of the year!” 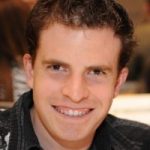 Within 10 days of graduating from the Simple Writing System Coaching Program:

— I went to a James Malinchak seminar where merely mentioning I completed SWS led to attendees scheduling a sales call to discuss copy services. One person even said “I was so proud of myself for doing the videos on my own and you actually did the coaching program! You must be amazing now.” So yes, there is credibility in The Simple Writing System name.

— A company where I’ve been working as a part-time copywriter has been so impressed with me taking them through the SWS steps that they’ve asked me to come on board as Director of Brand Marketing with a robust salary package.

— The CEO of that company has told the sales directors to consult me on all new sales scripts. Rather than being irritated by the new guy taking over, they LOVE it. The top sales director told me she wants to carry a recorder when I explain sales concepts because there’s so much gold. I gave her a line of sales copy today for new sales trainees, and she exclaimed “Oh my God, THAT’S HOT!!” so loud the entire office heard and probably assumed something inappropriate.

And ALL of this is even before applying the concepts to writing copy! Robert’s critiques have not only helped my copy but totally revolutionized my understanding of how selling works.

“Before SWS I was hesitant about writing a sales letter because I had no one with marketing knowledge that could give me feedback. Now I have a system. Thanks SWS crew!” 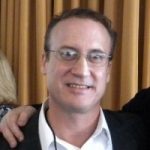 “What I learned in an afternoon from John allowed me to earn more money than did my entire college education. I can’t tell you how dramatically this has changed my life! My ads now cook and pull like crazy.”

[Full Disclosure: James is a partner at a former client of mine, and he’s gotten so good that I’ve both hired him to write for my business, and asked him to be a teacher in the Simple Writing System Coaching Program.].” 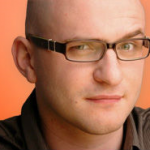 “Hi. As I write this I’m richer than I ever thought I’d be, happier than I have any right to be . . . and have somehow become one of those “famous” copywriters who gets talked about on message boards, who’s building a information business of my own that should hit 7-figures next year, and who’s every letter and sales video gets mercilessly ripped off.

And it’s all John Carlton’s fault.”

[Disclosure: Chris’s business did hit 7-figures. He’s been been a trusted associate for many years as well as a Simple Writing System instructor.]

$29,000 In New Business Since Completing The Course

“The Simple Writing System course was awesome… Overall, it was a great learning experience. We have closed over $29,000 in new business since completing the course. Thanks a lot.” 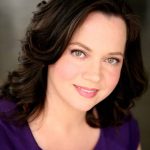 “THANKS! I got a quick ROI on this and my bullet writing is transformed forever. Very happy student here. Apart from the excellent content, you structured it so I actually worked through and applied the content. It’s so easy to let books and programs gather dust – you made this really usable and I’ve benefited as a result.”

“Within the 8 weeks of taking The Simple Writing System Coaching Program, I landed my first official writing gig – a $4,500 contract (and I was essentially an unemployed dude for 6 months)!

Before working with Leah, John & Stan, I thought I was a good writer, but wasn’t sure if I was putting all the pieces together.

After watching the videos and going through this process with Leah, I realized that I had a long way to go – and thanked God I had someone like Leah guiding me.

I had a lot of blind spots that I never would have realized without her talking me through them. Every single time she made a suggestion, I would say “Dang, that’s a lot better”. (I can’t think of a single exercise where something she recommended didn’t sound better or make me go to a new level of persuasion.)

UPDATE: I just signed a contract for another business deal that will result in a $40,000 if everything works according to plan!!” 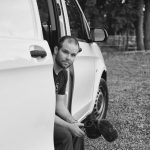 “I read “Kick-Ass Copywriting Secrets” a few months ago. It was so good I bought the Simple Writing System course. A couple weeks ago I had a chance to put it all together for a client of mine. Using what learned, I wrote a Facebook ad, a 3,000-word sales letter, and an email sequence.

The ad finished with a 6 percent CTR, the sales letter had a nearly 30 percent completion rate, and the email sequence (so far) has brought in more than a dozen high-ticket members ($4,000+ each). All from a $150 ad spend.

No way I could’ve pulled that off without John’s book and course. Thanks for all the valuable info!” 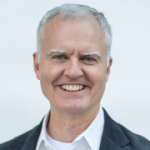 “To be honest, even though I have massive respect for John Carlton and everything he does, I was hesitant about signing up because I was afraid I’d be somehow disappointed.

But, after having run the gauntlet I can say… The SWS course was everything I secretly hoped it would be: practical, hands-on, inspiring, challenging, enlightening, thoroughly enjoyable, and definitely profitable.

Thank you SO much for offering this exceptional course, and for making it so convenient to learn copywriting from the best in the biz.” 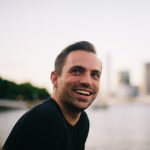 I was made redundant from my job the day after I signed up for SWS with John – and it’s the best thing that ever happened to me.

Within a few days of taking this course, it was clear I never had to apply for another 9-5 position again.

After the Simple Writing System and John’s coaching (and sometimes… outright slaps upside the head), I’ve now got the tools to write a winning sales message ingrained in me.

Success in my freelance copywriting career – and happiness in life – will all come back to what I learned from John.

That’s not an overstatement… there’s a reason he’s referred to as "the best copywriting teacher on the planet."

I immediately started putting what I learned into practice, earning thousands of dollars before I was even finished the course.

The price of entry is literally a bargain for the transformation that will occur in your writing and business.

If you’re serious about taking your copywriting skills up to the level of “scary good”, I can’t recommend the Simple Writing System Coaching Program enough.

“I just sold my most expensive screen ever. And, it was due to HOW I sold it with copy skills. Why am I so sure: – it was to a new customer – in a country where people are known for their fondness of bargain hunting – I am sure we had the most expensive offer (competitors offer a similar size screen at a third of the price) – it was the first time that such a screen was sold from a web inquiry. Wanna know how expensive the screen was? 25,000 euro (or about 35K in US$) without shipping or installation.

So thanks guys (David and John), I just made my investment in the Simple Writing System back 3 times on this order alone.” 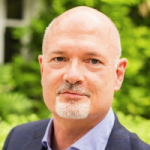 Before SWS I struggled, rambled and “explained” my unique, and (very) hard-to-describe spirit coaching and healing work.

Now… I know what and how to say (and structure) my message to make readers say ‘That sounds amazing…’.

I’m finding that the words and pages I need are just flowing out!

Everyone promises “to crack the code”. John (and the great SWS teachers) deliver!